We have recently been working on a project that is migrating an application from MVS to the web. The existing application has a number of reports that are developed as COBOL EABs and they wanted to migrate them to use the opensource JasperReports library.

To assist in running a JasperReport from Rapide and avoid the need to code the report execution in Java, we have developed a new Rapide Extension Library. This allows you to create a JasperReport object, pass in parameters and run the report to produce the output in a variety of formats, for example PDF, HTML or XML. The DataSource provided for the report can either be a JDBC datasource or Rapide can pass records directly to the report from Gen views.

Below is an example of a PDF report produced using JasperReports. The report design was produced using the Jaspersoft Studio which is an Eclipse tool that is a powerful and easy to use report designer. The only other thing needed to produce the report was a few lines of Gen action diagram code that invokes the report via the Rapide Extension Library. 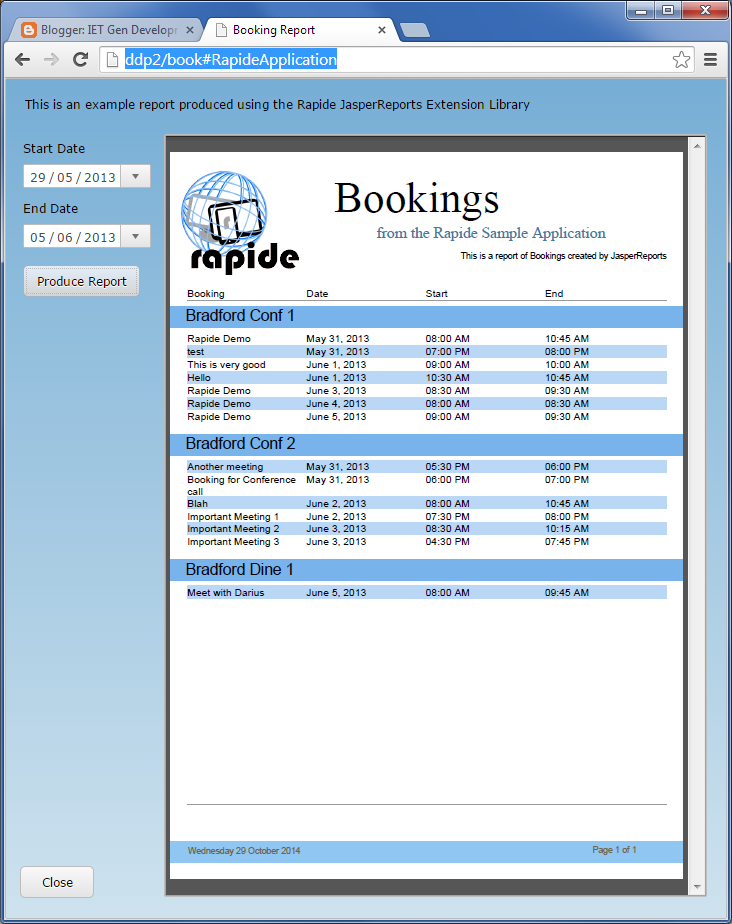 We are also thinking about a name for this technology and are considering calling it Report Object Binding for JasperReports, or ROB Jasper for short ;-)