Many users will be familiar with the operation of drag and drop between controls or between applications.

Rapide now provides drag and drop support for controls within the application as well as full text transfer between applications on desktop applications.  For browser applications, Rapide also provides support from dragging files from the native OS (such as via Windows Explorer) into a Rapide control, automatically transferring the dragged files to the AppServer.

The Rapide Designer is used to define whether a control can act as a Drop Source or Drop Target, or indeed both for the same control.  The Designer also allows you to specify whether to support Copy and/or Move operations.

Various events are triggered during the course of a drag and drop operation, for example when the object is dropped onto the target and at the end of the drag operation.

The Rapide Controls Demo has an example of using Drag and Drop. 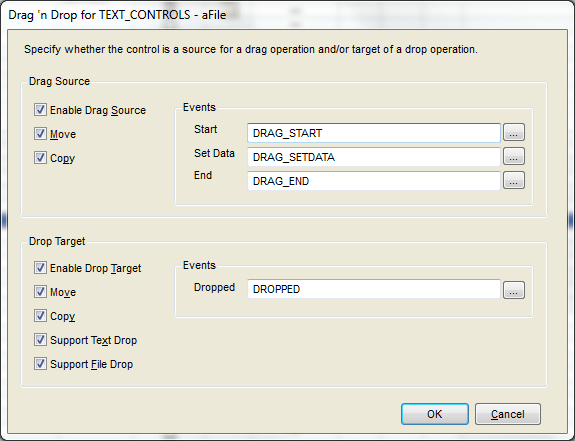 Posted by Darius Panahy at 17:51 No comments: